The second season of Heteroquer premiered directly after the first in the summer of 2008.

It was hosted by J.D. Roth.

It was won by Jonathan Harlem, who passed away in 2011.

Contestants appeared in the following shows 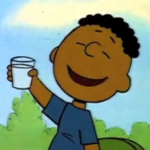